THE BROTHERS HOSPITALLERS OF ST JOHN OF GOD (O.H.)

New Zealand has a critical role to play in the investigation of the Brothers Hospitaller of St John of God. An explanation is needed for the unprecedented levels of violent criminal paedophilia witnessed on its soil at Marylands, Halswell, Christchurch.

No other religious congregation in the world has been revealed to have had over 40% of its Brothers as men who sexually abused the most vulnerable and defenceless children imaginable.

New Zealand has been thrust into this role as the Australian Royal Commission into Institutional Responses into Child Sexual Abuse was unable to conduct public hearings into the St John of God Brothers because the case against the New Zealander, Bernard McGrath, was in process during the proceedings. It is therefore incumbent that these public hearings are conducted here.

The continued dismissal of victim survivor testimony as St John of God Brothers ridicule the evidence they provide continues the perpetrator protecting narrative and rejects the victim-centred listening the Catholic Church spokespersons claim is the new position now espoused.

In reality, millions have been spent fighting extradition cases and attempting to legally impede further damage using the best lawyers money can buy.

Background History of St John of God Brothers and arrival in New Zealand, 1955

Of far older vintage than the Society of Mary, the Marist brothers of the Schools and the Christian Brothers , The Brothers Hospitallers of Saint John of God (O.H.) is an order founded in Spain almost three centuries earlier (1572).

The inspiration for this order was a man later known as Saint John of God, canonised as a saint in 1690 and declared the Patron Saint of the dying and all hospitals in 1893.

“Today, this order is a worldwide Catholic religious institute dedicated to the care of the poor, sick, and those suffering from mental disorders.

They are also known commonly as the Fatebenefratelli, meaning “Do-Good Brothers” in Italian, the Brothers of Mercy, and the Merciful Brothers. The Order carries out a wide range of health and social service activities in 389 centres and services in 46 countries. “ https://en.wikipedia.org/wiki/Brothers_Hospitallers_of_Saint_John_of_God

It is a very active order which “consists of over 1,250 Brothers who come from 50 countries. The co-workers who partner the Brothers in their activities number approximately 40,000.  https://en.wikipedia.org/wiki/Brothers_Hospitallers_of_Saint_John_of_God

Its particular charism or raison d’etre is caring for the sick, as a way of living the beatitudes of Christ.

“The Order came to Australia from Ireland in 1947. Its first work was a residential special school in New South Wales for boys with learning difficulties. Similar schools were established in Victoria and in New Zealand.

In March 2010 the Province changed its name from “The Province of Australia, New Zealand and Papua New Guinea” to “The Oceania Province”. This change made it unnecessary to name separately the three nations which constitute the Province.

In the early fifties the “successful” operation of the Order’s N.S.W. residential special school brought invitations to set up a similar school in New Zealand. Consequently the Order’s growth in Australasia included the establishment of a school in New Zealand at Christchurch in 1955 at the invitation of Christchurch’s first home-grown bishop, Edward Joyce. (1950–1964 Bishop Edward Joyce)

Beyond the shores of Australia the Order made two more foundations. One was the St. John of God Hospital, Christchurch, in 1970.”  http://www.klikdigital.com/johnofgodbrothers/contents.php?id=2

“The order ran the Maryland’s School, which taught pupils with learning difficulties, in Christchurch, New Zealand. Events there in the 1970s would later lead to a high-profile scandal with sexual charges being laid against three members of the order.

Many of those who were sexually abused by the order at the institutions which they ran  were boys with disabilities, many of them vulnerable, orphaned and residential.

By 2006, the Australasian branch of the St John of God order had paid out $5.1 million to survivors who had been sexually abused at the school]. A non-profit trust, the Survivors of Sex Abuse Trust, worked with many of the victims. Over 120 complaints were made in regard to sexual and physical abuse alleged to have occurred at the school. Many of the offences were committed in the 1970s.

The four men who faced charges were: In November 2012, 252 new charges were laid in New South Wales against McGrath alleging that he repeatedly raped, molested and abused dozens of young boys at church-run institutions in the Newcastle-Maitland diocese over several decades. McGrath, then aged 65 years, flew back to Christchurch from Sri Lanka on 29 November 2012 and was arrested on Friday 30 November to face proceedings to extradite him to Australia on the new charges. In late 2014 he was extradited to Australia and appeared in court on the charges contained in an 8000-page brief. Subsequently he has, after five trials (2 in New Zealand and 3 in Australia, the last in 2019) a combined sentence of around 40 years. In 2008 Brother Roger Maloney, who also worked at Marylands School, was found guilty of seven sex abuse charges and was acquitted of a further 16. After being extradited from Australia, he was jailed for three years for committing sex offences. He unsuccessfully appealed against the length of the sentence. After serving 13 months of a 33-month sentence he was accepted back into the Australian branch of the Order of St John of God. Died in 2019. 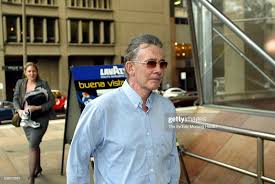 “Father Raymond John Garchow (1948- 2011) was given a stay of proceedings relating to eight charges over the sexual abuse of boys because he was too ill to stand trial. Deceased. Dodged a trial. Offenses in the mid- 1950s. Now deceased. Dodged a trial.

Observations of survivors and a detective on one St John of God predator:

“We used to think he was god”

“He had a smaller group of older boys who had all been his victims and he was able to manipulate them to going out and getting younger boys” ( Detective  Sean Buckley, Christchurch.)